Greta : A life in poems

Born in the year 1943, Greta Mary Pennington grew up in the coal mining town of Castleford, in Yorkshire, UK. After her marriage with Late. Madhukar Shumsher JB Rana, she came to Nepal in 1971. And ever since Nepal has been her home.

Do you eat food like us,
Coming from so far away?
Or cry when your mother dies?
Imagine that, and being foreign!And what about your babies,
do you ever so quietly pray nothing harms them?
Imagine that
And you  being a foreign!

Greta Rana MBE was the Head of International – Poets, Playwrights , Editors ,Essayists and Novelists Women Writers Committee (PEN) from 1994-1996. She won literary awards for her fiction and poetry (International) and was awarded with an MBE by Queen Elizabeth II in the New Years’ Honors List 2004/5 for Nepal-Britain Relations. he was the President of South Asian Women’s Association. Besides that, for almost a decade she was involved in research and development in remote mountain areas of Nepal from the early 1970s to the mid 80s. Her work always had a specific focus on women and the realities and difficulties of their lives. She retired in 2004 from ICIMOD.

Besides, Greta has made immense contribution towards literature not only as a poet and a novelist but also as a playwright. She held poetry festivals like the Summer Art Festival and was also an integral part of  the South Asian Poetry Festival organized but acclaimed artist and poet Chirag Bangdel.

While her latest publications are “So Why not Sleep?” (poetry) and “Hostage” (novel), her other works are listed below,

Fiction : Nothing Greener, Distant Hills, Right As It Is , Guest in the Country, Im Schatten des Heiligen Baumes , A Place Beneath the Peepal Tree, Hidden Women , Ghosts In the Bamboo , River (forthcoming).

War Zone Hospital
Go there and die
On the piss-stained sheets.
The way to heaven is paved
With stale hemoglobin
And bleeps upon
A monitor unobserved
The gob-stained floor
Is a haven from pain
Rat councils in the corridors
That should now sterile shine
And faultless clean
Be with your polished floors
Send us your poor
And those who’ve lost all hope
in the lines of desperation.
Don’t stoke their morale up.

Too many to cure, stunned into supplication;
That is the rightful due
Of we who would play god
With you!

It is very humbling to have known Greta Rana MBE, as a warm, affectionate person, a proficient writer and a woman with a whacky sense of humor that puts one in splits. I  had the honor of lending hand to her in organizing the Summer Art Festival that had a number of poets from home and authors like Bunny Suraiya and Jug Suraiya from India. The second year of Summer Art Festival had plans of having Sri-Lankan born British author Romesh Gunasekera, but never saw the light of the day with the massive earthquake that devastated Nepal.

I also had the pleasure of working under her direction as Titania, one of the major roles in Shakespeare’s “A Midsummer Night Dreams,” along with actors par excellence. When bOOkahOlics began bringing authors online everyday during the lockdown to share their journey of writing, I felt a void not having Greta who has given a lifetime writing and working in Nepal. We had discussed her novels Hidden Women and Hostage in Chakati Bahas earlier. For this piece, I as an ardent reader of her work had nothing to do but send Greta few questions which she has answered in utter honesty. Hence, this is for Greta and by Greta.

Greta : Of course I feel at home here. I’ve lived here longer than in my native land. A place I thought I’d never leave and which I still love as you can see in my poems. One in particular is quite emotional. It begins ‘Despite pretensions of mediocrity, it is a beautiful land’. I think of all our poets Shakespeare expressed our feelings for England accurately, ‘this little plot this earth, this realm, this England.’ But then he never visited Nepal but I’m sure like me he would have loved it. Both countries have their similarities, although one is surrounded by sea, the other landlocked.

Greta: Life was hard when I was growing up. We had been devastated by war. Food was rationed as well as clothes and furniture. I handed in my ration book at the age of 11. Still I went to school at the age of 2 because my mother was a teacher and all teachers had to work. But I could read before I was 3. I remember the smell of grass after the rain, catching tadpoles in a beck, and most of all bluebells. I can still smell them in my dreams. Our town was a coal-mining town but we lived in a portion of it that had once been a village with oak woods. It still functions as a village really. I miss it sometimes but Nepal reminds me of so much really. We were surrounded by moorlands and when I first went to Solakhumbhu, it felt like home.

Greta: I was interested in literature as soon as I could read. Early on I was enchanted by Hans Christian Andersen and dreamed of my home town lighting up for me like Odense lit up for him. Then as I grew older I wanted to be a 2nd Shakespeare. Impossible believe me. That man was a one-off. As Ben Jonson wrote, ‘not for an age but for all time.’ Those were my influences. I wrote my first poem when I was 7. At least my first formed one but my father laughed at it. It was called The Faithful Friend and about Billy the Kid’s horse. I won’t bore you with it now but I still remember it.

Greta : My initial years were difficult. But I’ll tell you honestly I felt that all in all my mother-in-law cared for me more than my own mother had. For my mother, as was the norm in those days post-war as the eldest daughter of a working mother I had to do much of the housework and look after my younger siblings. My mother-in-law would never let me do anything menial. We had an initial spat when she thought I was lying about someone walking on the moon. Later she saw the moon walk on computer and thought the astronauts must have been gods!

We had a lot of fun together too. I took her to Yorkshire and she declared the folks there better than Londoners. We had a lot of ex-Gurkhas and on her morning walks they would chat with her in Nepali. She couldn’t get over the winds though. Once we visited Paris and going down to the metro a man opened his raincoat and flashed at her. I thought ‘Here goes, she’ll say the West is wicked. But she said, “Where’s your camera?” I said back at the hotel. Then she scolded me.” Just like you to leave it behind when something interesting happens to me. How will people back home believe me when I tell them this?” That was my mother-in-law God Bless her.

About my initials years in Nepal, my research was with Industrial Services Centre on the Impact of Tourism in Solokhumbhu. I was the social psychologist and I almost got the sack for opposing building a big 5star hotel at Everest Base camp by the World Bank. Because I refused to change my findings the Govt. of Nepal wouldn’t publish it and I was off the second survey. But a Swiss group under Baumgartner recognized exactly my findings and asked to publish my work as part of theirs. It’s now in Baumgartner et al. but I don’t remember the title. Apart from that,

I worked towards women’s income generation and the women I met were morphed into my stories later.

Greta: Poetry I call it my highest excellence. In Britain there are probably more poets than people who read poetry. Shakespeare was my special subject and the magic of his words captured me.

Greta : Well, Shakespeare Wallahs was formed under Britain-Nepal Society when The Embassy’s Sterling Players folded. The aim was to put on a play a year, all proceeds to go to educate kids whose parents couldn’t afford to send them to school.

I handed over the Wallahs to Divya Dev and Arkanchha Karki when I retired. The best plays we ever did were Michael Frayn’s’ Noises Off’ and a ‘Midsummer Night’s Dream’. The dream was done by young Nepalis and done so well that someone who usually criticized Nepali’s use of English felt transported to Stratford on Avon. Our signature play, however, was Wilde’s ‘The Importance of Being Earnest.’

Greta: I think the brunt I bear is lack of audience. You write because you think you have something to say. If few people listen or read, you don’t have much of a voice. It’s really laymen who are the building blocks of history.

Greta: It’s really laymen who are the building blocks of history.Over the years my transition was changed by reading Hugo’s ‘Les Miserables’.It gave me a new look at paople and there dreams

Greta: Well I would certainly like to. But someone has to be willing to undertake it. It can’t be forced.

Greta : I have a sequel called to ‘Guests in This Country’ called “Ghosts in the Bamboo’. Like Guests it’s a satire. I’m also working on a novel called ‘Passings’ set in India shortly after Independence. I have loads of unpublished poems but I think maybe it’s time to have a webpage and load it all on to that. Earning money has never been a prime motive behind my writing. I’ll be happy if people read me.

Saguna Shah, Founder of bOOkahOlics and an educator. 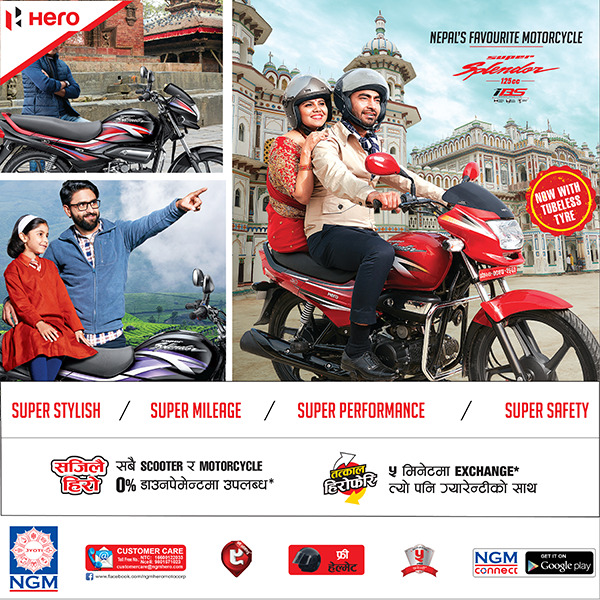