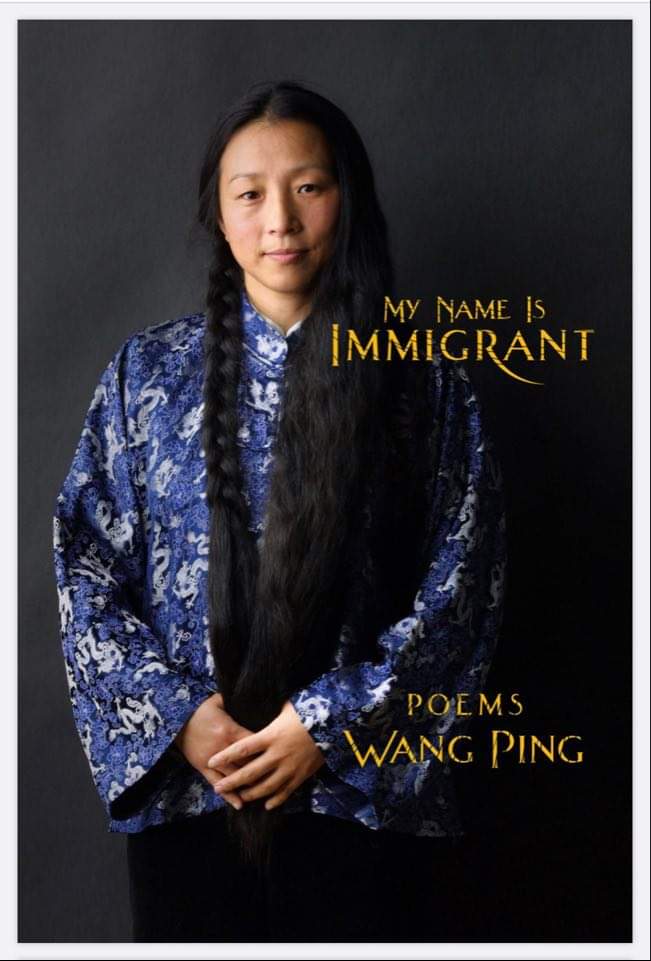 An Immigrant’s Home away to Home

It’s such a endearing narrative poetry centered on the passage of time, engraved in grief, faith, family, and love, battered with the journey of immigrants living in alien land, struck with obstacles of life through years and ages.

The book is organized into five distinct parts. The entries of the first section focus on the poetess’s old home and her ancestry. The second section deals with the immigrants’ folly stories, family and community and how immigrants have to encompass with the alien’s country people and such poignant moments, while the third is an insight on topics such as notions that immigrants can’t write poetry. Here the poetess questions her ability and seeks the possibility of hearing the voices of immigrants. This portion of the poems are in figurative forms with almost identical frames of the storyline of immigrants and the prime problems that they faced such as unfamiliar faces around them for ages. The fourth section contains poems that review Ping’s experiences as an immigrant and her presence in a home away from home, and strives for a new identity as in My Name is Immigrant. The last part of the anthology covers Huijin-Circling home that portrays visions of personal conduct and social bonding with all kinds of people.

This clear organization moves well throughout this book, including her personal history to the present, while themes relating to faith, family, love, fragility of nature, her personal voyaging from China to America and the struggling lifestyle as an immigrant holds the whole project together.

The book also contains poems that focus on landscapes and nature; homage to the climbers’ potters with breathtaking scenes and compelling imagery on “ What We Carry to Everest ” notes:

We are Rais of Mahakulung,(Everest)
Children of the Dudh Kosi
Seven stars from the heaven
We carry her milk from the riverbeds
Up and down, down and up
To quench trekkers’ thirst
Along the dusty path to Everest
Tea, beer, coffee
Sugar, milk, chocolate
Cappuccino machine that costs two million Rupees
Luxuries for civilizations
Strapped on our heads
As we inch up, breath by breath
Towards the base camp
Into the Zone of Death.

Faith and Hope run equally beneath much of the book, even in entries darkened by homesick tragedies, loneliness that hammered so often after departing from beloved siblings and parents ; the overarching tone is hopeful while being at home away from home. Her verses glide with time, flux and duration with the flow of personal life and flashes bygone stories and tragic experiences which have no comparison, to compensate for the hard times that the family endured.

Wang Ping’s struggles and vulnerability in her roles as an immigrant and a teacher are covered through her poems like ‘ Silent night, The names you call me, Of mice and mankind, She shall not be moved, Ghost chant, Wondering souls .’ “Wondering Souls ” is about confronting overwhelming issues of being a refugee due to various unforseen circumstances that forces many people to depart from their close one and become immigrants throughout the world.

The themes of her poems in this anthology mostly emphasize on stories of immigrants and their picturesque life. To be an immigrant in alien land and to be alive there living with all sorts of socio-political barriers and hindrances that every immigrant has to relentlessly bear, these scenes are reflected in her poem ‘Of mice and mankind’.

The collection mostly employs free form verses, in some places there is metrical calculation, quatrains also appear, and the overarching diversity of form is engaging. Regular end rhymes are used to enhance the book’s rhythm especially in shorter poems. Her poems leaves the reader pondering with deconstructive thoughts within constructive deliberation despite the form of prose poetry structure. Even the book’s brief verses are compelling and enticing. Striking metaphors accentuate the emotions of the poems; in lines about death, the house in which loved ones once lived is described as a shell with a heart that’s no longer beating. Insightful and heartfelt, Wang Ping’s poetry collection gathers verses regarding past and present moments as well as harsh realities of immigrants with inspiring effects.