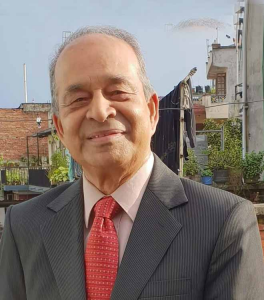 Trust should be bestowed on sites reliable

For, never in vain does a male cat repent.

The even’ breeze that tries to break in though the window

The night that wanes as dreams begin to sprout

Skilled trappers thrust the poles, and move out of sight.

In fresh night-robes inside an open door

A different darkness hides from the hunter’s eye

Someone comes, and thrusts a burning candle in.

Trying to retrieve from a heap fresh and begotten forms

But fortune darts away when Lord of Death is sought.

Melting beneath the clouds overflowing in flood.

Last night in front of the eyes persistently sought

Were you, unable to adhere close, though very near drawn.

An attempt to lift up at once was by cursed subdued.

How does a vermin enter defying all guards?

Its entry is felt only after wet patches appear.

A hill lowers when an erect trident tucks in.

The green bamboo leaves fall upon the straw.

Blue scars appear on the face with yellow flanking stains

When the self heats to fluid and flows in front of the eyes.

The dark, deep furrow, is quite inexplicable.

The incense of the wild flowers, pile on the palm

When the fragrance comes from within you.

A fish, squeezing though smudge, leaves imprints of its move

As the night slips away slowly through the canal.