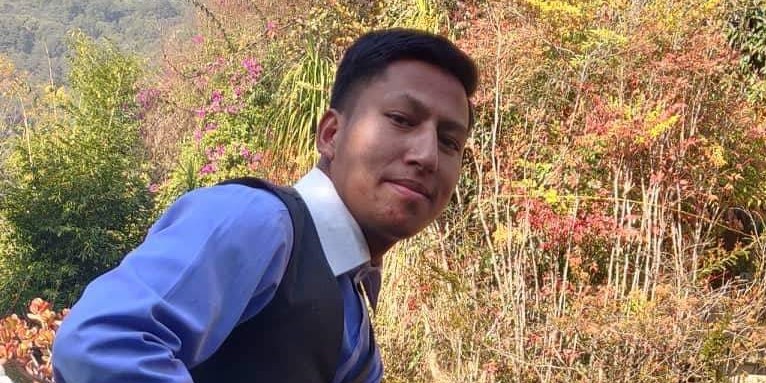 CONCEPT OF RELIGION AND ESTABLISHMENT OF NEW ERA

This is unknown to billions of people, the core idea of the religion. To be aware of religion, one must have knowledge of the existence of god and the consciousness of the soul. Power is in the land, air, water, sun, being, universe, stars. Time also requires energy. The energies are extracted from the body, and the soul requires the body to work. All, every matter in this universe needs the energies to work.

The response to why different people have their own individual thoughts about the universe is that we all belong to the same god of all dimensional existence. Why a lot of god’s love to be a human being is that being a single human body can switch to living in different dimensions .But in order to swap a element, one has to surrender nothingness that belongs to everything. In another, one has to live religious life before he lives this world life. Switch to dimension means getting a moksha. The best way to get moksha is to make your energy as pure as a baby’s energy before you die and another has to do long bhakti and yoga. To make it easy, there were many supernatural beings from another dimension making different religions to get moksha, but they were not gods and making different parliaments for different religions .Religion is not created for competitive reasons, but to make a human existence aware about the dimensional universe and also to make life work well for them, which helps them to die well.

Since the time of Abraham, people had begun to have a painful death, and it is growing rapidly, there is no pain in death elsewhere. So what makes energy impure, the exchange of energy before marriage life. Others are anger, anxiety, negative thoughts, not loving any creature, murdering and killing .This all what Holy Scripture says about religion and humanity. Religion is a way to the another dimensions but people have idea of worshiping real and false gods, which is a myth regarding religion. Lord krishna and super human Gautama Buddha can be a one of the greatest example for this subject matter. Because if you were questioning a common man and Gautama Buddha, Is all religion different? Certainly the answer given by the ordinary man will be yes, but the Gautama Buddha will say that they are all equal, but not the way of life after death. The answer will be different, as Lord Buddha knows about the dimension through enlightenment, but not the ordinary man. So people have their own choice of religion. Let’s talk about the end of the world, because many people predicted the end of the world. This has become one of the most interesting subject matter for human being. Who knows when the end of the world will happen? Many religious scriptures say that the end will come when there will be no humanity in people, no respect for the greatest, the demon in the human mind, the demon will begin to be born as a human being.2020 (2 + 2= 4) is an eye-opening for people, countries and, somehow, all human existence.

Coronary virus is predicted to lead to the death of the world or to the end of human existence. That’s totally wrong. As it depends on the immune system of a particular body, however many people have defeated it. But the destruction of the earth may begin in 2050 B.S (2 + 5=7) due to an increase in population, a crisis in religions, a cold war between the largest countries and small countries over border disputes. But total destruction may not happen. People’s life is going to be more about surviving than living. After long time, scientists will find a way to reduce global warming and pollution as they were working for it from the past time. If, after that, God doesn’t show his power, the whole word will focus on the artificial intelligence to develop like a human, and the chips that an AI can function like a human. At that time, a human body can transform into a AI body after doing mechanical work and surgery which is impossible while hearing it. But a human being, by the beginning of that century , people will not depend on food, but on liquid substances that will give them the most energy to the body. But the amazing thing people were starting to preserve the forests and the trees. This will be possible because of support from another dimensional people who are against the gods, or will be on the side of dark energy. To become a single body transformed into an AI that is conscious may require 2 or 3 brains or more hearts to function well. People who want to live longer without a natural rule will begin to kill as  that kind of surgery will be announced for free treatment after 2 or3 years. People will forget about the dharma, as they will suddenly know about the alien. First of all, mankind will have fear. Later, human beings will be accepted as some will think of existence. People could do what people would not have thought of these days. Few of them will remain religious. 1 or 2 of the biggest countries will be going against it.

After many years, the fourth biggest world war may happen, but not the least. There will be no nuclear war as all will nuclear weapon have been defused but only the mild ranges weapon took part in war. Human will have forgotten humanity and dharma. There won’t be any participant of dimensional people. There will be continuous occurrence of wars, murdering, and raping, killing will. World will become demonist. There will be two things remain in the world blood weeping and tears. People will beg for the death but death shall not occur. Terrible tears will weep. Roses will become steam of thorn. Day will be threatening than night. After all of sudden big fire will turn a earth into big fire ball where people will have to suffer of their karma and the new era will begun. The biggest dimensional god who is Krishna(Mahabishnu,Brahama) who is swami of the 21 Sankhamul Bramanda will renew this world beautifully. Such a world would me made thus, not eye would will believe such an wonder of beauty of the flowers, fruits, natural beauty and of  new world. Thus may be the one of the greatest theory that includes the theory of science (AI) and religious fact with the prophecies of famous prophet.

This is why many prominent prophets like Michael Nastrodemous, Baba Benga, never include the terrible event that may happen  in the last  days in the book of their prophecies that could happen in the last days.